March 04, 2008
I finished reading Healing Touch: The Power of Prayer by Melanie Hemry a couple of weeks ago but only now am I taking the time to think through the section at the end of each chapter called Heart Check. Hemry was an intensive care nurse for many years and uses stories of her experiences to teach us about prayer. It’s an awesome book and worth reading. 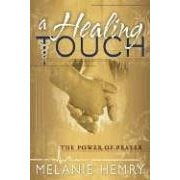 In her first chapter she tells the story of her first night as team leader in ICU. One open-heart surgery patient caught her attention. Something just wasn’t right so she called the surgeon on call. He asked her several questions, which she answered, and then told her she was wrong and to not call him again that night. But the dull nagging wouldn’t leave her. If she was right, this patient would die. If she was wrong and called the senior surgeon away from the party he was hosting at home, she would lose her career. What to do? Deciding that death is more permanent than career she called the doctor. If she was right, the patient needed immediate surgery. If she was wrong, the surgery weaken his already exhausted system. As the two doctors rushed the patient to surgery, the senior one said to the nurse, “You’d better be right!” It turns out she was. The man’s life was saved and the surgeon on call was forced to apologize and wish her happy birthday. She was 21.

Just a little nudge but such serious consequences no matter what she chose to do. She writes, “Because God’s ways are higher than ours, his nudges don’t always make sense to the natural mind. Will there be times when what you thought was a nudge from God was really your own misplaced idea? Absolutely! But you will never learn the difference unless you pay attention to those quiet spiritual directions and pray, asking God to lead you.”

It was a few years ago that I began to be aware that God speaks to us with little nudges. I don’t remember what precipitated this but I decided that I should pay more attention to them. Maybe it was when I found myself arguing against them and wondered why. At first it was little things like closing the back gate and locking the door when I went out. I really don’t want to be bothered doing either but it’s important to Tom. “Okay, God. I’ll do it.”

I think about the story purportedly by Beth Moore where she felt not only nudged but pushed to go over to an elderly man in a wheelchair waiting at the airport gate for his flight and brush his hair. She felt very foolish going up to him and asking him if she could but he agreed and she brushed out all his tangles. It was afterwards that she learned he was going back home to his bride of many, many years after major surgery and was worried about how he would look when she met him. He boarded the plane sobbing with gratitude for Beth. What if she had ignored the nudge?

I think too of the woman who, at the last minute, decided to not board the plane she was waiting for. That plane crashed, killing all on board. Someone asked her why she hadn’t gone on it.

“Why didn’t he tell the others not to as well?”

“He did. They just weren’t listening.”

How do we listen? How do we learn to recognize the little nudges that come from God? By getting to know him. How do we do that?

Hemry has some suggestions:

Read the Bible every day. “Day by day and year by year, you’ll know him more deeply.”

Spend time talking with him—in times of special conversation and also throughout the day.

Ask him to help you see what you see through his eyes.

Pursue God; not just the blessings, not the outward forms of Christianity, not even ways you can serve him, but God himself. [The author doesn’t put it quite like that. The wording I’m using here is influenced by another book I’m reading: Desiring God by John Piper.]