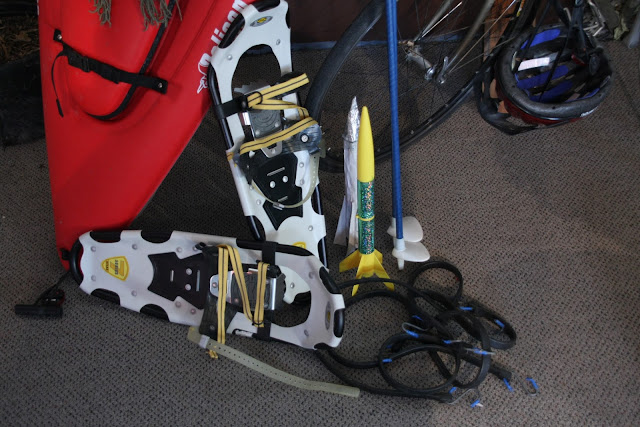 Bicycle and Helmet: Mikael's most common mode of transportation was his bicycle--in all seasons.  Those who knew him remember the shorts he would sport even in winter.  He'd had a variety of encounters with motorised vehicles but they never stopped him.  He figured the most likely way he'd die would be in such a collision and said that if that was the case, he wanted his bike painted white and locked to a pole closest to the accident site.  Mikael was never afraid of death.  He would rather have had an early demise while living life to the fullest than hold back his passion for living.


On the first day of his cycle-across-Canada trip, he was struck by a vehicle on the highway that sent him into the ditch and damaged his bike.  Did that stop him?  No!  After some long discussions with us, his parents, he set out on the road again.  The trip was brutal, with rain many of the days and steep inclines he had to walk up instead of riding.  It was after four flat tires in a two-hour period that he finally conceded to go back home.
Ski poles:  If you haven`t figured it out by now, Mikael was an avid outdoorsman.  When he lived on his own, he lived near the same river we do, downstream a few miles.  In the winter, cross-country skiing was one way he`d come home for a visit.  He loved the winter and found every means possible to be outside in it as much as he could.
Snowshoes:  These were another means of winter transportation down the river and easier to carry once he was out of the deep, soft snow.  One winter he took his grandmother winter camping.  They hiked for a day on snowshoes, pulling toboggans, and stopped to make a quincy for the night.  Unfortunately, it was too warm for the quincy to work properly and so they turned to alternate plans.  A year or two later, wanting to prove a point, he set up a small tent in the backyard in the winter, and spent the night in it.  I asked him in the morning if he had slept at all.  Not really, he said, but he got a lot of reading done!
Rockets: Mikael had a passion for rockets.  He experimented with many designs, creating his own and naming one "Dorothy" after his grandma.  Once he had a design that worked, he began working on making his own rocket fuel.  We have a hole in the cement patio to prove it.  When Tom patched the hole, Mikael made sure to write his name and date in the wet cement.


Cross: Mikael's faith in God was an integral part of who he was and he spent a lot of time reading the Bible and journalling his thoughts.  When he was in grade nine, his school required each student to spend some time volunteering.  He chose to work with the children at church and, once his required time was finished, he carried on for a few more years.  The children loved him and he enjoyed them.  The year before he got very sick, he became youth pastor, in charge of teens who had once been the toddlers and pre-schoolers he'd spent so much time with previously.

When he decided he wanted to attend a church other than the one he grew up in, he was most drawn to St. Benedict's Table, a Sunday evening church that bills itself as "a worshipping community, rooted in an ancient future," and is rich with liturgies from Christian history.   In the end, he chose to attend Christian Family Centre with his dad and was preparing to offer to work with the youth of that church.

His faith was not a blind acceptance of what he was told, but fierce wrestling with what he read and studied.  He often had challenging questions and, like the Bereans of the New Testament, searched the Scriptures carefully to see for himself if something was so.  He had several Bibles and the one he used in his last year was the Spiritual Formations Bible with notes by various writers from Renovaré. 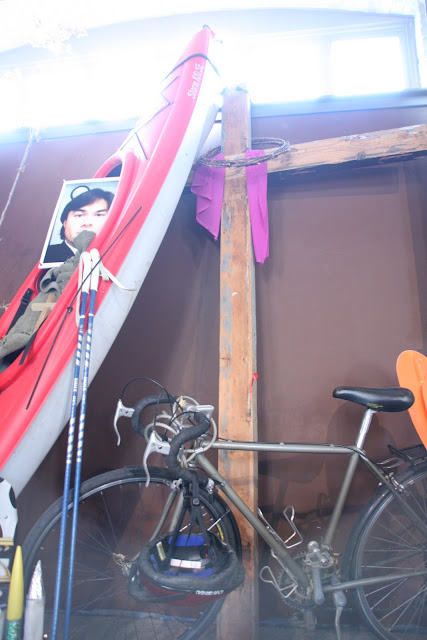 Francine Biere said…
Maggie ... I've read your postings about Mikael and all I can say is that with words like yours, Mikael LIVES!!! What a beautiful way to keep him with you.
Tuesday, December 21, 2010 at 4:44:00 PM CST