Both Good AND Bad 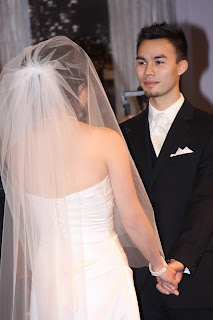 There once was a king whose son was getting married.  He sent out the invitations and prepared an enormous banquet for this was to be the best event the kingdom had experienced in decades.  On the day of the wedding, he provided limousine service to his guests but when the chauffeurs showed up, the guests refused to go with them.  The king tried again, sending other drivers but this time, although some of the people simply ignored the messengers, others grabbed them and used cruel ways to kill them.

The king was livid!  How dare they!  Not only had he lost valuable servants but this was an insult of the highest order.  Not come to his son's wedding?  It was an honour to be invited and they did this?  In anger he sent out his army to destroy those murderers and their city.

But now what?  He had a small herd of cattle roasting on rotisseries for the past several days and it seemed a shame to let the food go to waste so he sent out the limousines again. This time he told the drivers to bring back anyone they could find.  And they did!  They gathered all the people hanging out on the streets, both good and bad, the struggling single mothers with their kids as well as the drug pushers in the high schools, and filled the wedding hall.  Of all who came, the king kicked out only one man and the king, his family and the rest of those in attendance had a wonderful time enjoying the party.

Jesus likened the kingdom of heaven to a king like that (Matthew 22). Many have been invited into God's kingdom but those who refuse the invitation and those who abuse those who bring the invitation will be severely dealt with, seemingly mercilessly.

On the other hand, in the end, those who are willing to accept the invitation God offers are more than welcome and it doesn't matter what their history is, whether they're good or bad. It doesn't matter what they've done, what their reputation, what mistakes they've made, what sins or crimes they've committed.  All that's required is that they respond with a "Yes!  I'll come."

What are you doing with the invitation?

And if you're someone who has accepted the invitation, how willing are you for the less desirable to be sitting at the table with you?  Are you convinced they have to clean up their act first?  Think again.  Both good and bad filled up that wedding hall and celebrated the wedding with the king.