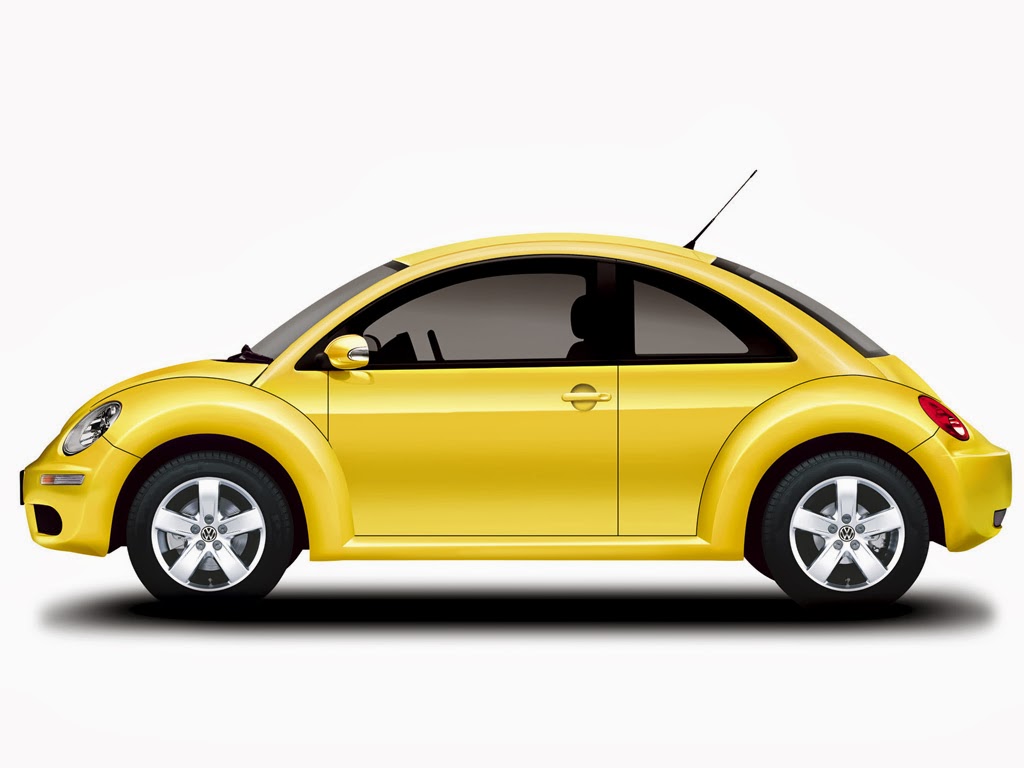 My son doesn't know about this yet, even though it's his car (technically, his girlfriend's), because he's sunning himself on a hot Cuban beach (with said girlfriend).  Here it is -32°C (-26°F) with a wind chill of -45 (-48).  It's cold, as it is across much of North America with a polar vortex bearing down, and cars left on the street do not fair well in this kind of weather.

Winnipeg is used to the cold, though this is the coldest winter on record so far in eighty years.  We've had close to -40 wind chills for much of December and though, as one news commentator stated last night, we take a perverse pride in our cold weather, even we are getting tired of the duration of  this extreme deep freeze.  This household in particular, since at the end of last week our hot water heating pipes froze, leaving us scrambling for help.

The yellow VW Bug was left on the front street by the warmth-seeking vacationers, which would be fine except that the day they left for Cuba, we had a snow storm (delaying their departure from Winnipeg for several hours and their arrival in Cuba by more than a day--but at least they got there).  Even a heavy snowfall shouldn't interfere with the car parked on the front street but the City announced that snow-clearing operations would begin on residential streets Sunday night.  All cars left on the street would be towed and/or ticketed.

We had a plan on where to move it to but when Tom went to do so, the car wouldn't start.  No problem.  We'll call CAA (AAA).  But that was a problem.  We couldn't get through.  I'm not talking about being put on hold for an hour.  I'm talking about not even connecting with the message that advises callers to hold until the next available operator.  In fact, the phone rang once and then disconnected.  Now what?

Tom has battery-boosting cables, so he pulled his car around to the dead car and did his thing.  Nope.  It wouldn't start.  I was ready to just leave it and take the consequences but Tom refused.  He called the neighbour to help and they tried three times to boost the Beetle to no avail.

I wrote a large note in thick Sharpie blue outlining our problems, asking that we not be towed or ticketed but Tom wouldn't give up.  Somehow he learned that we could place an order for roadside assistance for CAA online.  It took some false starts but I managed to do this and we went to bed.

Tom couldn't sleep, he was so worried and stressed.  I learned the next morning that he'd gotten up about midnight and called CAA again.  They  hadn't gotten our online request so Tom put one in.  The wait time?  Forty-eight hours!  The snow-clearing equipment would have come and gone by then so this was no solution. 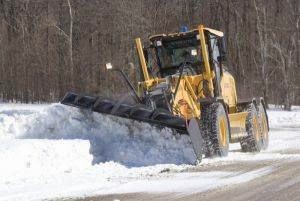 Sick with worry, Tom started looking for answers as soon as businesses were answering their phones.  Even hiring a tow truck privately had a twelve-hour wait time.  In this kind of cold, everyone has problems.  One garage suggested that we leave the hood up because then maybe the tow trucks would leave it alone.  He was at work by this time and asked me to do this.  I grumbled and argued, not seeing the value of it but in the end I acquiesced.

And so began the wait.  What would happen when the graders came to clear our street?

The car was towed.  Tom was frantic.  We called the 311 number to find out where the car had been towed to but got the same response as with CAA--the line was so swamped we couldn't get through.

At 5:15 this morning, he woke me up.  He'd been up since about 2:30 and managed to get through at 311 (though even at that hour the hold time was half an hour).  They had no record of towing the car or where it was.  They suggested he call the towing company.  They too had no record and transferred him to another towing company.

As Tom was telling me this in the dark bedroom, sitting on the side of the bed next to where I was lying, my thought was, "Oh no!  We left the hood open.  Someone must have hot-wired it and stole it."  But no.  The second towing company suggested that perhaps the car was given a "courtesy tow" to a neighbouring street. So Tom got in his car and started driving around.  Sure enough, it had been towed to the main thoroughfare that intersects our street.

He'd wakened me because he wanted my help to try to boost it again.  Really?  If it wouldn't boost before, why would it now?  I told him to give me some time to think and shooed him out of the bedroom.  Then I started praying.  God, what is the thing to be doing here?  I checked the temperature and it was no warmer than before so boosting didn't seem practical but if not that, then what?  If left on the street, it was subject to more parking tickets and another tow because of limited daytime parking and no parking during the evening rush hour.  Truly I was willing for it to be towed but Tom was not.

And then it came to me.  It's a wee little car.  Could we push it to the nearest residential street where it would be safe?  About that same time, Tom came rushing into the bedroom with the same idea.  Okay, this must be from God so we bundled up and headed out.

The nearest cross street was behind the car so I put the car in neutral and we began to push.  It wouldn't budge.  I wanted to give up.  Tom wanted to flag someone down to help.  I'm not sure if he did or if the fellow pulled up and stopped on his own but there was the help we needed.  Even with his help, however, we couldn't push it backwards, so he suggested trying to push it forward.  That worked and so we pushed it the length of a short city block, turned the corner and got it parked.

Tom thought it was too far from the curb and wanted to try to get it closer, thinking that we could still get a ticket for that but though we tried, our helper off to continue his delivery rounds for the Globe and Mail, we couldn't do it.  I think it will be okay though.  It's not sticking out into the street any more than the pickup in front of it.

And so ends another winter adventure in the Chan household.  I'd love to go back to bed but I've got things to do and places to go.  At least I've gotten my exercise for the day!